Technology is the option

What is a plugin?

The word plugin comes up with two words first plug and second in.

Know plug generally used for some type of action on anything so for that you plugin to anything to see the active result.

For example, plugin the charger to charge the laptop or mobile. plug in the switch to turn on the fan or anything. these all are the general examples that one can understand it very easily.

What is the WordPress plugin?

To increase the functionality of any existing software, website, application or any program we use plugins.

Plugins are enhancing or increase the functionality of any existing program.

Different plugins are used for different purposes why?

As I define it above that plugins are some predefined functions to perform some action now it’s obvious that if the functions are defined like to collect the user data so it can only collect the data rather than show something else.

Every plugin contains different functions so that’s why it acts differently than each other.

The reason is that whenever the plugins are published it’s in beta form.

This means the plugin is in a testing state when it declared that WordPress is used to with the plugin and it fulfils the requirements of the WordPress along with users.

When the beta version of the plugin has successfully defeated the barriers to words the pro version and there is no easy possible way for bugs errors or defects.

Then the creator of the WordPress plugin limited the users for the advance usage of the plugin.

Know to look after the final outcome one must conclude that which free or pro version is better. So in my point of view if you have the capacity to afford the paid version go for it else free.

One must ask this if the free version complete all our requirements so why I go out for the paid one so here is the simple answer.

Is that if somehow after a while you are using the free version and you face some issues by using the free plugin so the company or the creators are not responsible for it.

But if you are using the paid version so you don’t need to worry about anything because they are responsible and taking care of any issue you are facing with their plugin.

Because the company who developed the plugins are strongly taking care of their product in any way.

Your faith and belief in my free services will pay me soon.

Plugins are playing a very important role from the day when the concept of plugins was born because everyone is not a developer or programmer nor designer.

When the plugins are programming or building it follows the one standard.

Plugins are the gifts from the developers because it solves a lot of our problem and saves the valuable time of general users and others. Plugins allow the user to customize their needs with a simple interface without having the knowledge of coding or anything. 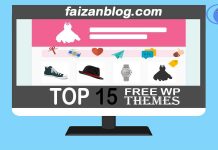 How to make partition in Windows 10

Faizan Hussain - February 11, 2021
0
How to make or create partition in Windows 10 for internal and external hard drive, to make partition fast follow these easy steps

How to Change Keyboard Setting and Keyboard Layout windows 10

How to install windows 10 on new PC with these...

How to protect my Child on the internet in 2022

Youtube Short stories and how to create and upload

My name is Faizan Hussain. I welcome you to my site. My purpose for this site is only to share that info and things that I love and build a small community on the internet so we can interact with each other and always share your thoughts and critics with me. I give you a spot to write anything interesting and criticize technology interacts with a human. I will publish it here only if it's worth sharing. You can contact me anywhere to share your thoughts because I love to write and discuss how technology is interacting with us (Human being). Thanks
Contact us: [email protected]

How to make partition in Windows 10

How to Change Keyboard Setting and Keyboard Layout windows 10